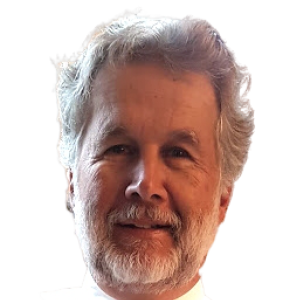 Contractor or Consultant? So, which hat am I wearing today?

When you contract with somebody like me to do work on your website, are you hiring a contractor or a consultant? While the differentiation might seem subtle to some, in the world of website designing and building, these terms – and most especially the expectations of the client and the contractor – are not interchangeable! I recently did some work for a new client on their evolving website. The site was not running under the platform I’m used to working with, but I do have some familiarity with this other design platform and its available tools and figured I could still provide significant value to my client. Unfortunately, I didn’t do an adequate job of setting the expectations of this client at the outset, nor the ground rules for my work. They thought they were hiring a website-building contractor and I presumed they wanted a website consultant. Wearing the latter “hat” is the way I work the majority of the time. I believe we finally got things worked out – but not before working through some awkward feelings as the result of the misunderstanding. I think the easiest way to explain where the disconnect was is by putting it into a short story; a parable, if you will, regarding a similar situation that would be much easier for me to illustrate and explain.

Doris and Robert want to renovate an old restaurant in their town to match the look and atmosphere of an old-fashioned soda fountain and candy store. They’ve signed the lease, begun the renovations, and now need to develop a logo for their new venture. The name “Sips N Sweet Treats” is what they’ve decided on for the operation. Because they both have some talent in the area of visual design and Robert can draw basic illustrations, they sit down one night and begin to ponder and sketch out what their logo is going to look like. Eventually, they settle on something that Robert draws on some lined paper that looks like this:

Through her church, Doris knows someone who’s involved in graphic design. She contacts this person, Mary, who she learns has a knack for taking logo concepts and making them into neat and clear graphic files on her computer. Of course, once they’re in a standard computer graphic file format they can be used by everyone from the printer, who’ll be printing their business cards and menus, to the web designer who’ll use the logo on the restaurant’s website. Mary agrees to do the work at $60/hour, working as a contractor. After all, she’s got a pretty good specification in her hands regarding the design of the logo and really just needs to reproduce it using her computer graphics program’s drawing tools. In half an hour, Mary comes up with this:

She presents it to Doris and Robert who do some further pondering and decide it might be kind of nice to have the two letter S’s that begin the end the main word of their restaurant (i.e. Sips) to be larger. Mary then spends another 15 minutes reopening the job on her computer and changing the two letters so that the logo now looks like this:

In the end, Doris and Robert have received exactly what they wanted and it only took Mary 45 minutes to do the work. As a contactor, Mary is able to invoice her clients for $45.

Now, consider the story retold with a few subtle changes…

Doris and Robert develop their rough logo in the same way as in the previous story. However, this time Robert seeks out and phones Alice, a graphic designer who’s come highly recommended from a former work colleague and who specializes in logo design and development and corporate branding. Robert chokes a bit when he learns that Alice charges $100/hour for her services, but moves forward nevertheless, telling himself that she did come highly recommended. Alice agrees to participate in the project as a designer and Alice insists that an initial meeting takes place where she can understand everything about the fledgling business and they can eventually come up with a suitable logo design. Alice works from home, so meeting there isn’t going to work. Fortunately, there’s a suitable meeting place in a nearby office where a friend of Doris works. Unfortunately, it’s a half-hour drive for Alice the designer, but she’s game to meet nevertheless. The meeting of the three people takes place and, over the course of two hours, the concept of the restaurant is discussed and the dreams of what it will eventually become are expressed. As a professional graphics designer, Alice is very up-to-date on the latest colours and concepts of logo design and she now fully understands the business where the logo is to be employed. Alice returns to her home office and, in one hour, creates this:

At this point in time, Alice has made herself available to the project for a total of four hours. To put it another way, she’s been unavailable to work on any other client projects for four hours while being involved in developing the logo for Sips. So, how much should Alice bill Doris and Robert for the work? Most designers or consultants would put it this way:

2 hours of logo consulting @ $100 = $200 1 hour of logo design @ $100 = $100 1 hour of travel time @ $50 (Invoicing a client for half the regular rate for travel is a fair compromise for when the service provider cannot be earning income elsewhere, yet the client isn’t getting any direct value from the provider.)

So, in the end, using the logo designer instead of the contractor in the second scenario ended up costing Robert and Doris over seven times as much! However, I think we’d all have to agree that they got considerably more value in the end when they employed someone who added significantly to the overall success of the project through by adding their expertise. When building a website, I can most certainly act solely as a contractor. But that implies that my client has a set of crystal clear specifications to give me and expects me to only follow a blueprint and do only as I’m told. Few can provide such a thing because most need people like Websmithian to collaborate with them in designing and creating their website. Incidentally, I will regularly and happily subcontract work that required the talents of a true graphic designer – because I sure ain’t one!

And that's nothing compared to what I can do!